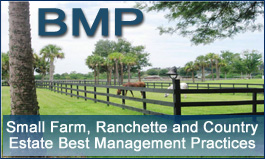 The land along the western boundary of the county is used primarily for range and pastureland with residential development. To the east of that area is the St. Johns Marsh, a large freshwater marsh extending the entire length of the county. Included in this significant wetland is the 6,000 acre Blue Cypress Lake. And the land between the marsh and I-95 is devoted primarily to agriculture. Much of this land is drained marshland now used for citrus or pasture. According to the United States Department of Agriculture, National Agricultural Statistics Service (USDA/NASS) 2017 Census of Agriculture for Indian River County; there are 182,559 acres in some form of agricultural production. There are 183 farms in Indian River County with an estimated market value per farm of $ 2,330,717. There are 55,459 acres of cropland, including 7 farms (withheld to avoid disclosing data for individual farms). Citrus was the major crop in the district with 96 farms having a total 39,749 acres in production. Wild hay and silage are produced on 12 farms with a total 746 acres. There are 217 farms with a total inventory of 20,334 cattle and calves, and 54 farms with 1,233 poultry layers and pullets. Future Land Use Element